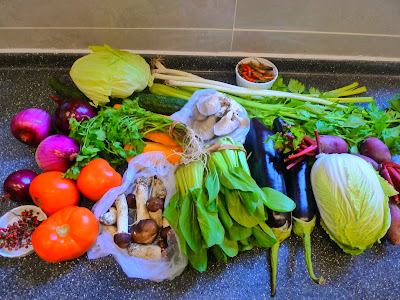 I'm going to be missing in action for a little while here. I have to pool all my resources and energy into finishing a big project, soon to be unveiled, and it requires all my attention.

Before I leave (and I will return before you know it), I wanted to share some recent colors in the market. As well as some old and new medicinal cooking tricks. There's so much to digest (literally and figuratively) since my move to Chongqing as per the medicinal cooking that there isn't enough room on here to share it all! 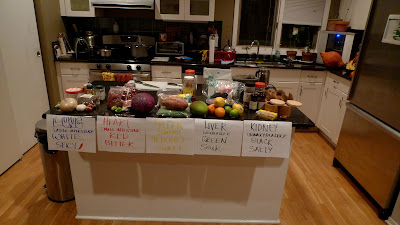 For those that aren't TCM practitioners and reading this, if you don't know about the five elements and how that correlates to medicinal cooking as per TCM (Traditional Chinese Medicine) then it's important for me to briefly lay it out as it's the building blocks upon which the cooking begins. I discussed it in a post a few months ago here. Above is a picture of foods and their correlates, and below is a list of the basics. At first glance it's so simple and beautiful, and then you begin to realize that it gets all intertwined and a bit wild like a creeping banyan tree's roots which climb all over each other. For example, you might wonder if red and bitter treat the heart and small intestine, then a red chile would make sense? It's red and bitter. But it's also spicy, which falls into the category of the lung and large intestine. Don't over think it too much. As a layman you don't need to decipher it to that degree. If you're designing a treatment plan for a patient with a serious chronic (or acute) illness, you will of course need to be more fastidious with the plan. However, if you are just simply eating in a normal way, to be healthy, to be preventative, and to enjoy your food while you have a go at it, then just think this simply : colors and flavors correlate to particular organ systems.

You will do no harm by thinking in this way and you will definitely hit all your target vitamin, mineral, and all that other jazz that they like to throw out at you in today's nutritional requirements dialogue. Sometimes you wonder, how did we survive before when we weren't measuring out calories, B12, saturated fat, unsaturated fat, carbohydrates, sodium levels, vitamin D, etc. etc. etc. There is a time and a place for that, of course, and that's mostly in the classroom not in the kitchen. It's confusing and makes you, me, all of us riddled with a subterranean angst wherein more often than not, you miss the point of the whole thing. Interestingly enough, every week an article will pop up expounding on a new study with the news flash that (something you could have derived from the chart above) actually does good for one of the organs linked to the flavor and color. 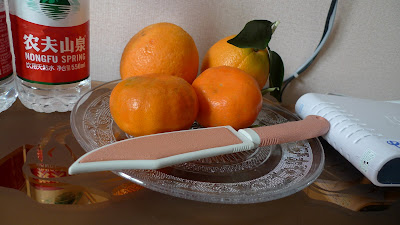 The next level of TCM medicinal cooking theory is that everything is broken down into warm, hot, cool, or cold. This too gets a little confusing. Or coRnfusing as a friend loves to say. You might initially only think in terms of a hot soup versus a cold cucumber, and while this is true in terms of being warming (soup) and being cooling (cucumber), you might not think of how some meat's are hot (beef), some are warming (chicken), and some are cooling (crab), though you can eat all of them warm. There is the thermal nature of a food (cool/cold/warm/hot) which is what I am referring to here, and then there is the way you eat it (cold or warm). Suffice it to say, it's a lot to memorize and in the case of cool/cold/warm/hot, the best way to approach this (unless you want to dive into the academics of it) is to know your constitution and then be conscious of how you eat according to that. If you tend to run really hot, and have a red flushed face more often than not, then avoid heat-inducing foods that might exacerbate your condition. If you run cold, and are weak and lethargic with loose stools, don't go on a raw cucumber binge. Having said that, I will mention that in TCM you do rely on the general premise that eating warm foods (as in the temperature - such as a soup, not necessarily the thermal nature as in beef or chiles which are hot) is important for good digestion.

I learned a new thermal tidbit last week, which is common layman's knowledge here in China. Oranges are cooling and tangerines are hot. The interesting thing is that people know this here, and they abide by it. If they run hot, they don't go wild for clementines (considered to be in the tangerine category) in this season. If you have insomnia or red inflamed acne, you might want to watch out too! 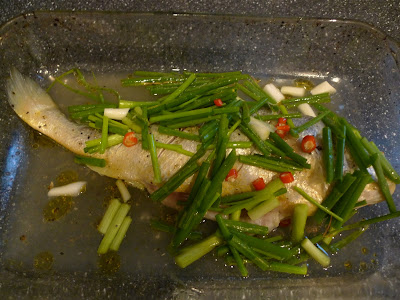 And lastly, a cooking tip I learned as per fresh water fish (any non ocean fish) : take your fish, do what you need to do it (keep it whole and gutted or filleted) and submerge it in water with vinegar (not too much, a tablespoon for a medium size fish will suffice) for 24 hours in order to cleanse the blood of the fish, sweeten it's flavor, and help it to hold it's integrity in the cooking process. If you're on my facebook page, you've heard about this tip twice already, so apologies for the repetition!

And with that, I will be crawling into my office to peck away at the final stages of my project. If I don't get here before the holiday madness, remember to drink something bitter after a meal to help you to digest all the goodies you'll be partaking in and see you in 2012!
Posted by The Spice Doc at Tuesday, December 06, 2011