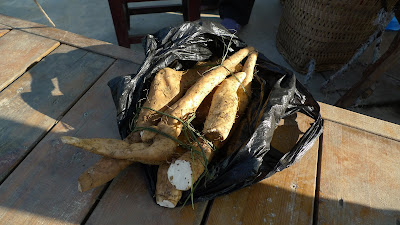 If you haven't already met, I'd like to introduce you to the Mountain Yam (Shan Yao). This is one of the most prevalent TCM medicinal herbs that is also commonly used as a food in a variety of dishes such as soups, hot pot (Huo Guo), stir fried dishes, and grated or sliced raw (the raw version is used often in Japanese cuisine). Shan Yao is usually found dried in the U.S., while you can still use this version in soups, hot pot, and cooked dishes, you can not use it raw unless it's fresh. 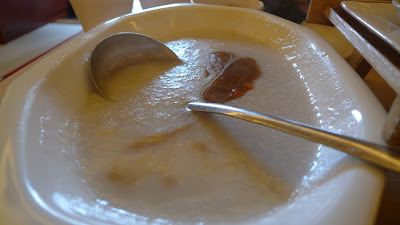 Shan Yao tastes a little like a creamier and earthier tuber, it has a thicker consistency that is almost a little mucilaginous at times depending on how you use it. Not everyone will love Shan Yao, I do. Since I've been living back in China, I've had it as a creamy soup (with Shan Yao being the primary ingredient), I've had it in hot pot (you add it into the hot pot broth, let it cook, then dip it into your sesame paste sauce and eat it) and I've had it cooked into a broth based soup. 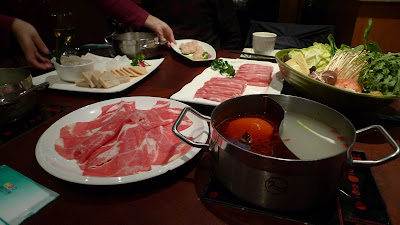 Shan Yao is used in TCM (Traditional Chinese Medicine) as an herb to : (courtesy of Kamwo Pharmacy) 1. tonify (i.e. aid or supplement) the spleen and stomach, especially in cases of deficiency where there are symptoms such as fatigue, loose stools, weak digestion, or lack of appetite. 2. tonify lung qi and yin (i.e. supports lung function and moisture), examples of issues with this would be chronic wheezing or coughing. 3. tonify the kidneys (i.e. supports kidney function) when there is deficiency symptoms such as weak or sore lower back, spermatorrhea, vaginal discharge, or frequent nighttime urination. 4. treats 'wasting and thirsting' disorder (i.e. similar to diabetes with frequent urination, excess hunger or thirst, with possible emaciation.). Shan Yao (as per Tom Leung, Kamwo's owner, as well as a TCM herbalist and pharmacist) works particularly well as an astringent in cases of diarrhea, frequent urination, excess vaginal discharge, or excess sweating. 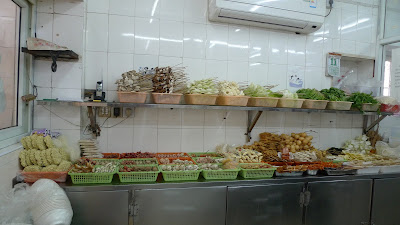 When I bought the fresh Shan Yao all the way at the top of this post, I was hiking with a lovely lady who shared the following (Japanese) recipe for mountain yam (Yamaimo in Japanese) :

Peel outside layer of Shan Yao/Yamaimo, wear gloves if you want to avoid itching, put yam into a water/vinegar solution so it doesn't yellow and to kill the oxalates which cause itching, slice up as you wish (thin or thicker), add soy sauce, wasabi, and shredded nori. Eat with rice or as is.
Posted by The Spice Doc at Sunday, November 13, 2011